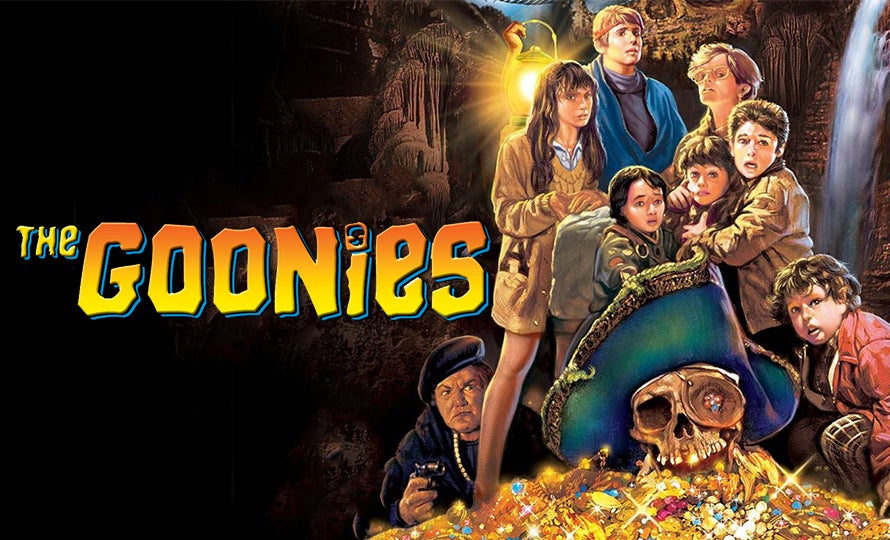 Bensenville, Ill.—The Bensenville Park District will screen the 1985 adventure comedy film “The Goonies” at dusk Saturday, June 11, at Krempels Park, located at the intersection of Jacquelyn and Dolores Drives in Bensenville.

The screening kicks off the park district’s summer Movies in the Park series in association with its Park ‘n Play initiative, which brings more than 50 events to neighborhood parks throughout the district this summer. The event is free, and refreshments will be available for purchase.

“Activities like our Entertainment Dayz Movies in the Park series make people want to get outdoors, connect with their neighbors and have fun,” says Bensenville Park District Manager of Facilities and Special Events Todd Linder. “We invite residents to bring their families, lawn chairs and blankets and meet their friends for this special outdoor movie.”

The film stars young Sean Astin (“Rudy”), Josh Brolin (“W.”) and Corey Feldman (“Stand by Me”), among others, as kids who live in the “Goon Docks” neighborhood of Astoria, Oregon. In their attempt to save their homes from foreclosure, they discover an old treasure map that takes them on an adventure to unearth the long-lost fortune of One-Eyed Willy, a legendary 17th-century pirate. The kids are pursued by a family of criminals who want the treasure for themselves.

“The Goonies” features music by 1980s pop superstars Cyndi Lauper, REO Speedwagon, The Bangles and Luther Vandross, among others.

Two more park district movie screenings are scheduled this summer. “Aquaman” will be shown at a Dive-In Movie event at the Bensenville Water Park & Splash Pad, 1100 W. Wood Street, at dusk Saturday, July 9. Admission to the water park for the event is just $10, and single-person rafts and floats are permitted but not supplied. “Sing 2” will close out the series at dusk Saturday, August 20, at Sunset Park, located on Grove Avenue between Judson and Barron Streets.

For more information about the Bensenville Park District’s Park n’ Play activities, including a schedule of events sortable by date, park and activity, may be found on the park district website, BvilleParks.org/park-n-play.

« Back to All News Items